The 4th MaSC Workshop and Meeting was jointly organised by the National Galley and the British Museum, London

The workshop focussed on GC-MS data treatment, processing and analysis, including mass spectral deconvolution, extraction and interpretation and the application of chemometric methods. The workshop consisted of a mixture of lectures/theoretical sessions and practical, hands-on computer sessions during which participants worked with their own data.

Speakers for the workshop were:

Professor Mallet, currently Emeritus Professor at King’s College, London and Professorial Research Fellow at the School of Science at the University of Greenwich recently became only the second person to be awarded a British Mass Spectrometry Society (BMSS) medal for life-time contribution to mass spectrometry. For over 40 years he has been closely involved in the development of analytical techniques based on mass spectrometry to biological and clinical research.

New methods for the interpretation and evaluation of mass spectra and fragmentation patterns based on the use of the NIST database were discussed, focusing particularly on the application of the freely available NIST AMDIS software (Automated Mass Spectrometry Deconvolution and Identification System). This software allows the deconvolution of pure mass spectra for individual components from complex multi-component GC-MS and LC-MS chromatograms, even with strong backgrounds and co-eluting peaks. When combined with a mass spectral library, AMDIS can be used to identify the individual components and can be used to prepare high quality mass spectra suitable for inclusion in mass spectral databases such as the MaSC database. The NIST MS Interpreter software, a thermodynamics-based interpreter of fragmentation that can find possible structural origins of peaks in a mass spectrum on the basis of chemical structure, molecular formula, isotopic patterns, and more, was also presented.

Following Professor Brereton’s introduction to the fundamentals of chemometric approaches to the analysis of data, Dr Modugno focussed particularly on the practical application of statistical methods for the analysis of GC-MS data including cluster analysis and the applications of Principal Components Analysis (PCA)

The workshop also included a session on the MaSC mass spectral database, during which participants had an opportunity to contribute their own data. The workshop was limited to 30 participants.

The two day MaSC meeting comprised presentations on a variety of chromatographic and mass spectrometric techniques, and their application to the study of art and cultural artefacts. One session of the meeting was devoted to topics linked to the theme of the 4th MaSC workshop (data processing and analysis, spectral deconvolution and interpretation and the application of chemometric methods). 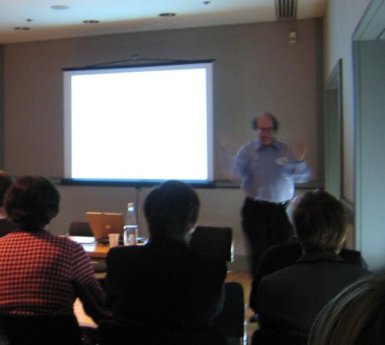 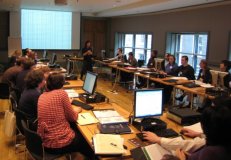 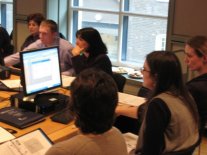 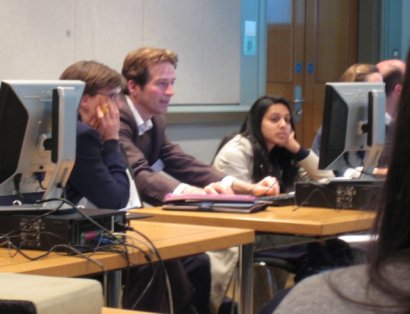